Back Create a new page 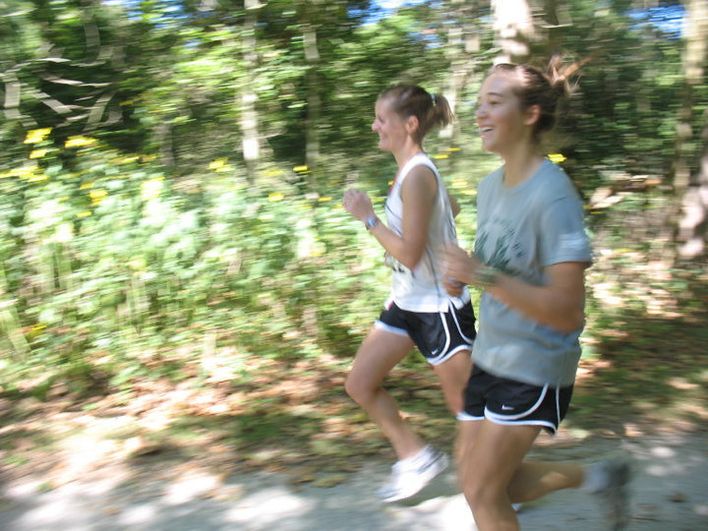 I am so excited to share with you that I am an official member of Team Sharsheret for the 2022 NYC Marathon.

Some of you may have heard me mention in the past that I keep a "30 Before 30 List”. I made this list for myself in my early twenties. It is a list of 30 goals I hoped to accomplish in this decade of life, goals that weren't necessarily ambitious but were diverse enough that if I could check them off as I aged, then I'd be living a pretty well-rounded life (as I defined it). From skydiving to catching a fish over a foot long to going wine tasting in Napa (all accomplished), this list has provided motivation for going on all kinds of adventures I might not have gone on if my younger self wasn’t pushing me to do it. The list has some items that can be done in a spontaneous afternoon (learn stick shift…I still must do this), some that take some time and planning, but none which require as much discipline (both mental and physical) as running a marathon.

Even though I was the Captain of my cross country team in high school, running has ceased to be an important part of my life for a decade. For my 25th birthday, I thought I might get back into running, and so I signed up for the Yosemite Half Marathon as an impetus to start running again. I didn’t train but ran the half anyway. I finished it, but then for days I could hardly walk (and I have hardly run since). I thought to myself with amazement as I crossed the finish line: “there are people out there who do this…and then immediately do it again (it’s called running a marathon). Those people are lunatics!” I was dreading the idea of running one, let alone training for one. As my 29th birthday comes up next month though, I’ve known in the back of my head that I am running out of time.

My 30 Before 30 List contains many items which I know won’t get around to before my 30th birthday. I simply do not have enough vacation time from the Navy to visit the pyramids, scuba the Great Barrier Reef, see the Northern Lights, AND go to Toto’s Magic Bar in Japan. I am comfortable starting the next decade with rollover goals, but I knew I’d be letting myself down if I talked myself out of this goal.

Then, I was hiking the Grand Canyon to the Colorado River (#2 on my 30 Before 30 List), when everything clicked. I was there with my good friend Aaron who told me as we descended into the canyon that he was running the 2022 NYC Marathon. He knew running a marathon was on my list, and suggested that I do it with him. It was going to be on his 30th birthday, November 6th. I liked the idea of running a marathon with my friend (it will also be his first) and celebrating his birthday with him, but the serendipity of the invitation suddenly felt far more meaningful.

November is always a significant time to me. I was born 18 months to the day (in Judaism, 18 symbolizes “chai” or “life”) that my mom sister Joyce’s died. She died of breast cancer on November 17, 1991, and I grew up in her memory (given a J name in her honor), and the weight of the loss was always felt most around her yarzheit (the anniversary of her death). Then, on November 10, 2011, my own mother Deborah died of breast cancer. November is a month of remembrance for me, both of my mother, my greatest teacher, and her sister, who was hers.

Both women were New Yorkers.

When Joyce died, my mom was distraught. She was living in Manhattan but needed a change of scenery. She happened to get pregnant with me shortly thereafter, and then my father, a Californian, invited her to move out to San Francisco, which is where I was born. She spent the rest of her life seizing every opportunity to be back in the city, and so my sister Lucy and I grew up loving New York because of our mom’s connection to it. Now, Lucy lives in Brooklyn, which feels beautifully fitting, like the fulfilling of a prophecy. As I am stationed in San Diego with the Navy and growing to love this place so much, it is nice to know that I can always visit New York and have it feel like home, even as I make home somewhere else. In any case, I love the idea of running a marathon in New York, the place Deborah and Joyce both called home.

Then Aaron told me that I could register to run by finding a charity team and raising money for them. It suddenly felt obvious that I should raise money for breast cancer. After returning home from the Grand Canyon, my research led me to Sharsheret, a national not-for-profit organization supporting women and families, at high risk and those facing breast and ovarian cancer at every stage-before, during, and after diagnosis.

To run with them, one must raise $3600. This is $600 more than most charities ask in this context, but I noticed the difference right away because it is a multiple of chai, life, 18. It felt right.

In fact, every element of running this marathon feels beshert, a Yiddish word which means fated or preordained, a word I use for times when it feels like the universe is winking at you. Running a marathon used to feel like a burdensome chore, looming in the back of my mind, which I would have to accomplish at some point if I wanted to stick to my list of goals. Now, the idea of raising money for Sharsheret, an organization helping people face cancer, just in time for the anniversary of Deborah and Joyce’s deaths, two women who died of cancer, in the city they loved, in their honor… made me want to run.

As a member of this incredible team, I have pledged to raise funds (which I hope to greatly exceed) in support of Sharsheret’s breast cancer and ovarian cancer programs and services. I am asking you to please support me in my athletic and fundraising efforts as I take on this challenge. All contributions are tax-deductible.

Thank you all so much for your support! If you are able to give, then it will really go a long way. Even if you can't, thank you so much for just reading this. It was important to me to write out all the thought that went into deciding to do this, and it means a lot that you even cared enough to hear a bit of my story. Plus, this way, I've said it publicly, and now I really have to follow through!

Thanks again for everything! And if you're local, come run with me!

“Julie, how wonderful that you are not only running for yourself, but also ti homir yiyr mom and aunt!”

“In honor of Julie, an inspiration to us all. ❤️”

“Thank you for sharing your story and enjoy the journey!”